Back in the 1990s, Brad Feld’s life seemed to be in ascent. As the ­cofounder of a burgeoning software company, he had a thriving career. But the emotional reality was more complicated. By the time he got home every night after 10 to 12 hours at the office, Feld says, “I’d have nothing left. I’d lay in the bed staring at the ceiling. I’d sit in the bathtub for three hours. I didn’t want to see anyone.” A few people knew the truth—his cofounder, his girlfriend—but to everyone else, “I was maybe distant, a little flat.”

Feld was depressed. The fog lasted three years. When it finally lifted, a change he attributes to psychotherapy, events sped up again. He began investing in startups, moved to Boulder, and married his girlfriend.

His life since then has often seemed charmed. Today he is cofounder of venture firm the Foundry Group and the startup accelerator Techstars. He’s an author, a blogger, a husband, and by all accounts a decent guy.

Despite all that, Feld still crashes occasionally. He suffered a prolonged dark episode after 9/11. Then, in 2013, following a grueling stretch of work and a nearly fatal bicycle accident, the emotional walls collapsed again.

This time was different. Feld was now a prominent figure in the startup community. And the tech world had been rocked by a series of high-profile suicides, including those of programmer and hacktivist Aaron Swartz and Ecomom cofounder Jody Sherman. Feld decided to write about his struggle and published it online.

Responses flooded in. “A number of entrepreneurs and investors whose names you’d recognize, many of them very successful, reached out one-on-one,” Feld says. Some people told him it was the first time they had discussed their experiences.

The door has begun opening lately to discuss the prevalence of depression in businesses and its stigmatization in a realm that puts a huge premium on energy and optimism. Entrepreneurs are beginning to have more honest discussions about the emotional toll of pouring everything into a company that, statistically, isn’t likely to make it. But even today, certain types of depression stories are more palatable than others. The rare founders willing to reveal their troubles tend to portray them as part of a contained arc: Burnout, anxiety, and clinical sadness are searing but ultimately surmountable bumps on the road to achievement.

“In a lot of stories you read, it regresses back to happy talk at the end: There was a problem, we solved it, and now it’s all fixed,” says Michael Freeman, a psychiatrist who is studying the personality traits of entrepreneurs at the University of California at San Francisco. “But that’s not the case with mental-health issues,” including depression, which he believes affects entrepreneurs at a higher rate than the general population.

After 12 hours at work, says Brad Feld, “I’d sit in the bathtub for three hours. I didn’t want to see anyone.”

“No one wants to talk about the fact that the black hole never really goes away,” says Jerry Colonna, who in 2014 founded Reboot.io, a Boulder company that helps executives address their emotions via intensive workshops.

It’s not so much that founders have melancholy personalities as that they take more risks and suffer more failures. According to a frequently cited Harvard Business School study, nine out of 10 startups go bust. Silicon Valley and business thinkers have fetishized the alleged benefits of failure, but the truth is it can be emotionally devastating.

Before Taylor McLemore, 31, started his own company in 2010, he had never experienced depression. In the beginning, when it was nothing but shiny expectations and $500,000 in seed funding, the future looked bright. But two years later the company ran out of capital. That meant letting go of employees and telling backers their investments were worthless. A question gnawed at him: “If this business was a failure, does that mean I’m a failure?”

Only after months of persistent outreach from his wife, friends, and connections was McLemore able to start looking for a new job. Today he’s the director of business operations at a later- stage startup. He likes the stability but ultimately wants to go out on his own again. “That’s just the paradox of being an entrepreneur,” he says. You need to be informed about the industry’s mortality rate and then “you have to expel that disbelief to start something.”

Colonna got involved in fighting depression because he suffers from it himself. He had enjoyed early success as a venture capitalist, working with Fred Wilson to launch one of New York City’s first VC firms. But when the dotcom bubble burst, the firm shut down. Shortly afterward, he watched the World Trade Center towers crumble. In 9/11’s wake, Colonna struggled emotionally and professionally. “I was filling my calendar because I couldn’t bear the loneliness and emptiness,” he says, “and then canceling them because I couldn’t bear to go.”

One morning after leaving a meeting in the financial district, he decided he couldn’t do it anymore. He called his therapist and told her he was going to jump in front of a train. She persuaded him to come to her office instead.

After that, Colonna stepped off the VC ladder for good. Wilson, meanwhile, has climbed to its highest rung. As Colonna joked onstage at a conference in Brooklyn this summer, “New York magazine had called Fred and I the ‘princes of New York.’ He’s now a f__king king, and I’m a court jester.” Colonna says he doesn’t regret the decision; it has allowed him to live a healthy, honest, and meaningful life.

For many, depression can strike at any moment, even when times seem good. Tim Sae Koo, 26, started Tint, a San Francisco social discovery site, in college and is now its CEO.

It hasn’t been easy. Early on, after a dispute over office space caused two cofounders (a childhood friend and an ex-girlfriend) to leave, he used work as a distraction. He would stay at the office until 10 p.m. and return home to grind out more emails. Exercise, social events, even casual conversations with colleagues—he viewed them all as mere distractions. Then one day he overheard coworkers swapping funny stories from the weekend. He was struck by a “feeling of sorrow.” His life felt so small. In 2013, when Tint hit its goal of becoming profitable, he felt emptiness rather than elation. “I realized, no one else really cares,” he says. “What am I doing all this for?”

Also read: Burnout, Anxiety and Emptiness: Founders Open Up About the Dark Side of Entrepreneurship

Since then, he’s taken steps to change his routine. He works less and eats better. He makes time for physical activity, for socializing, for “living in the present.” But by its nature, being a founder remains difficult. Earlier this year the company cut its projected revenue, and Koo had to lay off five employees.

Psychologists encounter different forms of depression in entrepreneurs. John Gartner, a psychologist, says he has encountered a number of high achievers who deflate when they’re under-stimulated. He recounts a client who, after selling his business, took to the sea on a yacht. It seems like a nice life, Gartner says, but “without the challenge of a new frontier the client felt like he had no purpose.”

Mandell lost faith in the first business he cofounded because of what he calls strategic whiplash (the startup began as a social media platform, rebranded as a real-time search engine, and finally morphed into a real-time ad exchange platform). He hated what the culture had become. “It wasn’t friendly,” Mandell recalls. “The good people were leaving because they were unhappy, and the bad people were staying because they didn’t care.”

And so in 2008, he left. His inability to stop his startup from turning into something he wasn’t proud of made him feel like a total failure. An ugly mantra cycled through his head: He was letting down his employees, his investors, his family.

Mandell initially retreated. He didn’t even want to leave the house. He couldn’t shake his feelings of inadequacy until a friend asked if he would be an adviser to a startup. The request was the lifeline Mandell needed; his experience and skills were worth something. It was enough to get him out of the house, and he started to feel better. Since then he has launched another startup, PivotDesk, which lets startups rent out their extra space.

If his business fails, Mandell knows his mood will plunge, and why wouldn’t it? Freeman argues that entrepreneurs should treat depression the way they would “any other issue that poses a risk for the business”: Acknowledge the issue and develop a strategy for tackling it.

Feld deploys what he calls tactical steps—no more coffee or alcohol, no screen time from Friday evening to Sunday morning—when he feels vulnerable to despondency. “This s__t is really hard,” he says. “As a founder, you are going to go through some rough spots. If those rough spots include a depression, that’s okay.” He wants to end the perception that depression bars someone from being a successful founder or executive. “I reject that,” he says. “More and more people are rejecting that.” Instead, it’s more analogous to a broken leg or ­diabetes—an undeniable impediment, but a manageable one if addressed.

Correction: An earlier version of this article misidentified Dr. John Gartner as a professor at Johns Hopkins University; he is no longer affiliated with that institution.

This article appears in the December 15, 2016 issue of Fortune (an earlier version appeared on Fortune.com in October). 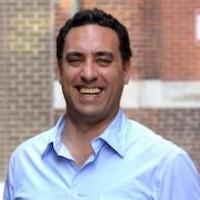